Bad Hair Comes at a Cost

by Roger Dawkins (TheHairStyler.com)
Updated on October 09, 2018
Celebrities who earn stupidly high salaries for their movies or TV or whatever give me indigestion. Nicole Kidman, Hugh Laurie... gimme a break! The only thing that makes the whole thing a little bit more digestible is when the stars give heaps of their cash away (like Brad Pitt and Angelina Jolie, and the recently passed Paul Newman). And you know what? Something which makes me likely to vomit is when they earn all that money and their hairstyles stink.

Yeah I hate rich stars who can't be bothered paying some of their "hard earned" salaries for a decent hairstyle; or even worse, when they spend too much money in the wrong place for totally bad hair- you know what I mean: choosing a salon based on its barista rather than the reputation of its stylists. It really annoys me 'cos I think of all the times I've been due a sweet new 'do and, because of more pressing "financial obligations," have had to skip it.

Recently, though, my annoyance at stars' overpaid salaries and bad hair (and my sadness at having to forsake my own grooming priorities), gave way to joy. I realized you don't need to have heaps of money to get a good hairstyle. And that means two things: 1. overpaid stars with bad hair are well and truly slobs; and 2. you can always have cool hair no matter what your budget.

American media and publishing company Forbes recently published its list of "Hollywood's 10 Most Overpaid Movie Stars." The Forbes list is basically about who gets paid too much in relation to the profits made by their films- in other words, it's a list of the least bankable stars (at the time of its publication). Scanning down the Forbes list though, I couldn't believe how many of the stars have bad hair. 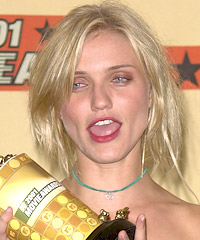 Many names prove that lots of money and good hair don't necessarily go hand in hand. For example, Cameron Diaz is great and has done heaps for women's surfing, but I've never been blown away by her hairstyles. The "beach look" with flairy bangs framing her face is great for the beach (or maybe for hanging around surfing champ Kelly Slater afterwards), but I'm not sure it's such a great look for the Oscars, or film premiers, or those other places she's spotted. Too often it just looks like Cameron hasn't had a hairstyle lately, and that- in her laziness and boringness- she can't be bothered either. 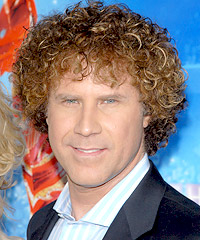 Will Ferrell's clearly not spending any of his "rich list" money (or time) on his hairstyle either. Don't get me wrong, the "white man's fro" works for some: if you're a "blues and roots" musician on the music festival scene, or even a man-child in a not-so-funny Hollywood comedy. Will loves playing the man-child, but with this hair it doesn't seem like he's really playing a character at all; it's more like he's just being himself in those movies. I think he needs to spend a little of that healthy income of his on a good hair consultation and cut that could hopefully improve his off-screen image. 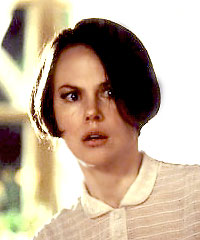 If anyone's spending plenty of money on their hairstyles, but totally wasting it, it's Nicole Kidman and Tom Cruise. I'm sure these two are guilty of paying too much money for bad hair in an over priced salon- and they probably got into the habit when they were married. Nic's hair usually looks "nice" and "styled"; you know it's got that "I've just had my hair done somewhere trendy and expensive" look, but it usually does nothing for her. And as for Tom's hair... the only possible way he could continually get such consistently bad college boy haircuts is by truly believing that the person butchering his hair is a "styling God." He's definitely been hypnotized by an over priced "trendy" salon. Wake up Tom!

You Don't Need a Huge Salary to Have Great Hair

I can't stand celebs earning gratuitous salaries, and it's especially hard to stomach if they're not giving heaps of money away, and even worse, if their hair stinks. Stars like Cameron and Will clearly don't care about their hair (which makes me angry because I wonder: "What are they spending their money on?"), and Nicole and Tom are spending it all the wrong way on all the wrong stuff. 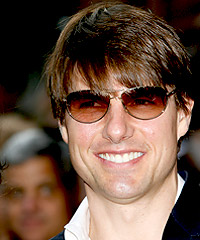 What I realized is that it's easy to forget about those overpaid stars on the Forbes list, because you don't need their money anyway to have great hair. If there's one thing these celebs point out it's that great hair isn't really about your salary at all; it's about your commitment to your hair, to understanding what suits you and to finding a good stylist... because they're out there you know, and often in places that don't require a six or seven figure salary to get in.