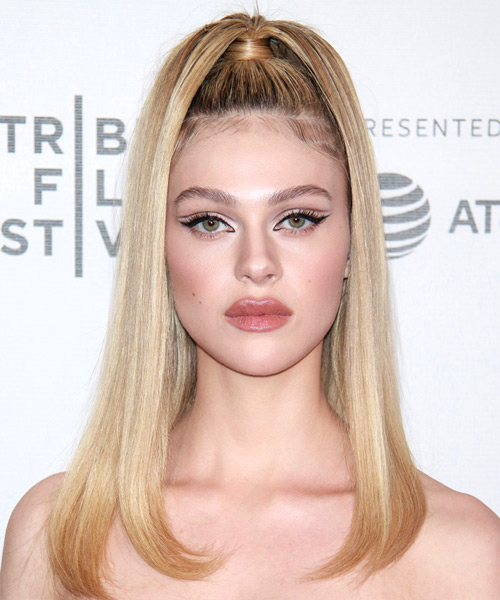 Try On This Hairstyle

Nicola Peltz has pulled her blonde tresses into a high ponytail at the crown of the head to create a sexy Sixties-inspired look. Her blunt cut ends are on show and her hair's glossy texture and golden blonde color is the main focus here. Overall, this hairstyle works well for her face shape and straight hairline, and makes the most of her naturally thick and straight hair texture.

Nicola Anne Peltz is an American actress. Her breakthrough role came when she played Katara in the 2010 film The Last Airbender. From 2013 to 2015, she co-starred as Bradley Martin in the A&E drama series Bates Motel.