Balding? Don't do This, Gentlemen

by Roger Dawkins (TheHairStyler.com)
Updated on August 20, 2009
Thinning hair is a big issue for many guys- me included. Some guys shave it off, some guys just leave it be, and some guys (like Quentin Tarantino) try and cover it up. Hmmm. See what you think.

Alongside being one of the best filmmakers in the business, Quentin Tarantino is also one of the best poster boys for what not to do if your hairâ€™s falling out. Gentlemen take note: if youâ€™re receding do not follow Mr Tarantinoâ€™s example. Heâ€™s made some great films, like Pulp Fiction, the Kill Bill movies and Death Proof, and if you want to improve your â€œcoolness,â€ then you couldnâ€™t really do much better than taking detailed notes from Quentin. Heâ€™s got a certain kind of cool down pat, the kind thatâ€™s all about re-inventing whatâ€™s popular but in a slightly quirky and definitely original way. 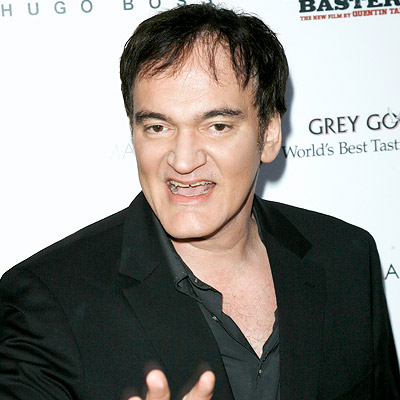 Take Death Proof. Tarantino uses a tried and tested formula- the psychopath car chase flick- and rather than trying to reinvent the genre he makes it just a little bit different. He tells the same story, but from a perspective we would never have thought. In Death Proof it becomes apparent that the victims are more psychotic than the psychopath bad guy chasing them. The result is a whole different kind of enjoyment, an enjoyment based on your surprise at the off-beat way the otherwise â€œtypicalâ€ story has been told.

Thatâ€™s all great, but you know what? Quentin himself seems so disappointing. Quentin: pics of you are tearing us apart. Celebrities open themselves to judgement by the public (thatâ€™s the whole nature of â€œcelebrityâ€) and thatâ€™s why we shouldnâ€™t feel bad picking Quentinâ€™s hair apart. Whereâ€™s that flair for creativity, so apparent in your movies, when it comes to your hairstyles? Whereâ€™s that same brazen arrogance from your films: the arrogance that lets you take tried and true formulas, re-work them to your taste, and slap your viewers in the face with them?

Your hair, Quentin, is the opposite. Youâ€™re losing it and itâ€™s obvious. But youâ€™re hiding Quentin, like a scared man. Youâ€™re hiding (badly) from your thinning hair, beneath the thin strands so meticulously arranged to cover your winking scalp. Youâ€™re hoping to kid us- to distract us- with the stupidly thick sides of your hair into believing that you have the thick healthy hair of a virile Zac Efron type.

They say movies are dangerous because viewers begin to live their lives as if it were a movie. Itâ€™s not just â€œimpressionable people,â€ but itâ€™s a psychological fact that movies make us all desire certain fantasies. Thatâ€™s all complicated and potentially damaging, but for Quentin I totally encourage him to live his life more through his movies. Quentin: extend that ballsy confidence from your movie-making into your hairstyling repertoire and cut your hair. Mark my words, youâ€™ll be a happier man (soon you may even give movies the flick and run self-help seminars or something).

BTW: Anyone seen Inglourious Basterds yet?

Find out which shape sunglasses complement your face shape. With a suitable hairstyle and sunglasses you can totally flatter your facial features and look your best.