Celebrity "Tools" and Their Hairstyles

by Roger Dawkins (TheHairStyler.com)
Updated on May 27, 2014
Some celebrities, hairstyles and all, seem to really get on people's nerves. Do you think the following celebrities are annoying too?

An Australian website the other day was talking about celebrity "tools." A "tool," apparently, is Aussie slang for an annoying person; or more specifically, an annoying person who doesn't quite realize how annoying they are- in fact, they consider themselves pretty cool.

Here's a list of the celebrities the website was nominating as tools, see what you think. But also, since we get most excited about hair at TheHairStyler.com we thought we'd evaluate the celebrities' tooliness in relation to their hairstyles.

They say: Angelina's a tool because: she's too perfect, too smug and has a superiority complex. Oh, and she was romantically involved with Billy Bob.

We say: Ok, maybe she thinks she's the bomb, but we just love her hair and sophisticated style. Check out her outfit at the Oscars '09. 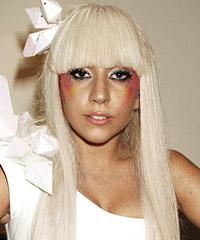 They say: She's trying too hard to be cool and is always in our faces.

We say: We like her platinum blonde hair and think it's very "now," but lose the undies (not literally) and stop the Andy Warhol thing: it's lame.

They say: She's clings to Zac Efron's side and surfs his coattails.

We say: Forget Vanessa, Zac's gotta be one of the biggest tools ever... what with that annoying girly mop of his and clean-cut look. Toughen up Zac.

They say: She's a train-wreck that's perpetually going off the deep-end.

We say: You can do no wrong Katie and you always look fab. Did you see her hair in the Top Shop ads? Gold. 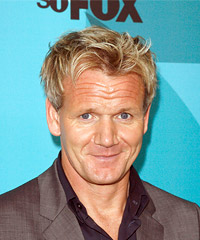 They say: Mouthy, obnoxious and a bit two-faced.

We say: Do something with that terrible thinning hair, put an end to the highlights and start wearing more than just those tight sweaters (your rig isn't as great as you think and you're not 21 either).

Who would you pick as the biggest tool out of them all? Is Lady GaGa as cool as she thinks?